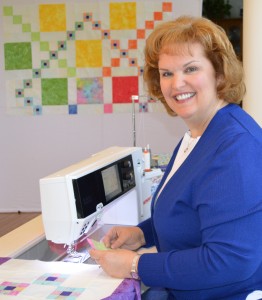 Kimberly Einmo is used to being the only girl in the family. Growing up with two brothers, today, she is married and has two sons. How did Kimberly, the only quilter in her family, first get interested in quilting? Kimberly remembers it this way: “My mother had grown up in the depression era and hated anything to do with sewing. But she had the wisdom to know I should have some basic sewing skills ,so she signed me up for some sewing classes when I was seven years old at the local Singer Sewing shop in Massillon, Ohio. I loved sewing from the start and it wasn’t long before I was making many of my own clothes. I joined a 4-H group when I was eight years old called “Buttons and Bows” where I learned even more about garment construction and crafts such as Christmas stockings, tote bags, and holiday décor items.  I would enter my garments in the county fair every summer and I loved winning blue ribbons! For Christmas, when I was 10 years old, my parents bought me a sturdy Singer sewing machine that had zig zag and hem stitches which at that time, were quite a big deal! They also surprised me with a cabinet to hold the machine. Those were the best Christmas gifts I ever received! I still have that old Singer machine. However, it wasn’t until I walked into that quilt shop in Alexandria in 1991 when I realized you could piece blocks and quilt on a sewing machine.” Even though Kimberly can piece and quilt by hand, she loves sewing on her sewing machine so much more. 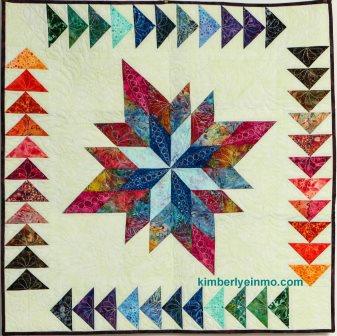 An award winning quilter, designer, and author, Kimberly has written five books. She also hosts four popular online classes with Craftsy.com and has appeared on several television and radio programs.

Kimberly has taught all over the world with her farthest class being in the Czech Republic where she has taught several times for the Prague Patchwork Meeting. What does she like most about teaching? Getting to know her students personally. Kimberly enjoys meeting meet each and every student and finding out a little bit about their life and why they like to quilt.

Once, when Kimberly was teaching, she had a scary experience. She was teaching a class on a Friday night at a quilt store. The store was actually closed, but the front door was unlocked. A man walked in to the front counter and told the shop owner that he had a gun and had just committed an armed robbery and that he wanted to turn himself in to the police. Kimberly overheard the conversation and grabbed all her students and locked them in a tiny bathroom while she called 911. She kept an eye on the shop owner and the man while the owner talked  very calmly to him. The police arrived and took the alleged robber. Kimberly remembers it was an incredibly tense situation. Afterwards, she and her students all giggled from nervous energy about having crammed so many women in a tiny bathroom!

What is Kimberly’s best quilting tip?  “Take your time and be very accurate as you cut and sew. Accuracy is oh-so-important to achieve great results.” 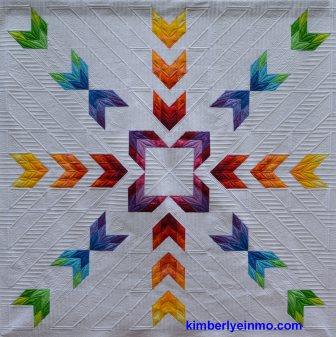 Kimberly hopes her students come to her classes with an open mind and are willing to try new things.  She always encourages her  students to step out of their box to learn something new. Kimberly has a personal goal to make every class she teaches a “stress-free” zone.  She wants her students to leave her classes knowing they learned a lot, accomplished a lot of actual sewing, and to go home feeling relaxed, happy, and refreshed from a great day in the classroom. 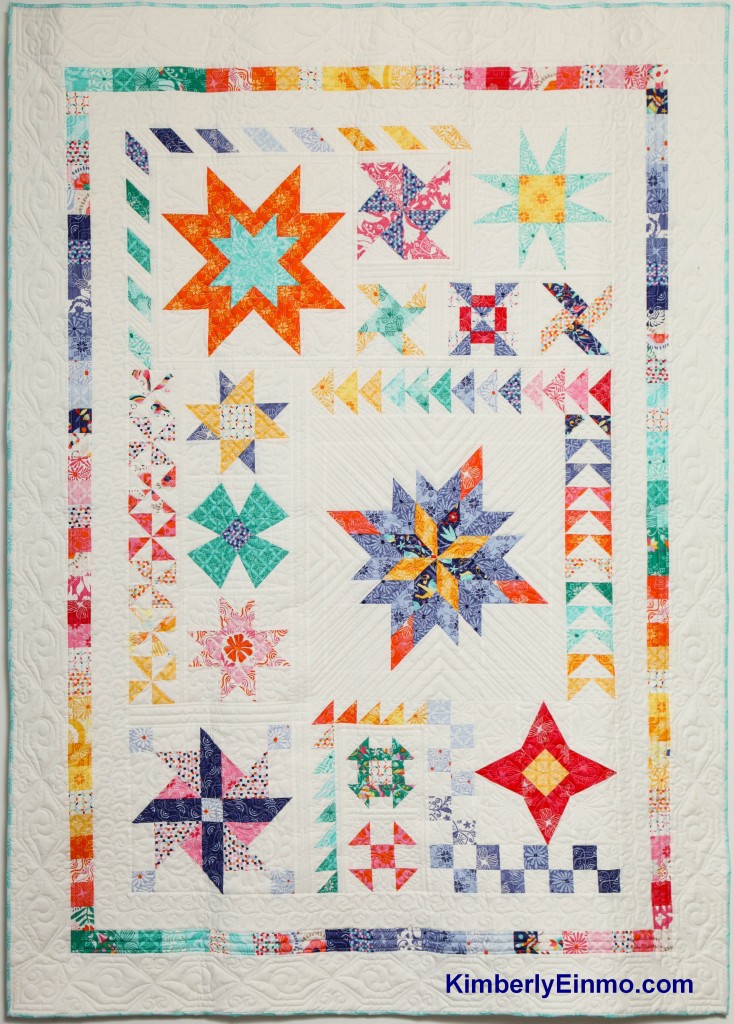 You can visit Kimberly at her website:www.kimberlyeinmo.com

This entry was posted on Tuesday, June 16th, 2015 at 9:24 pm and is filed under Faculty, Road 2016. You can follow any responses to this entry through the RSS 2.0 feed. You can leave a response, or trackback from your own site.