<![CDATA[Bringing together the old and the new was a popular theme at Road 2016. There was the<a href="https://www.road2ca.com/blog/special-quilt-exhibits/road-2016-special-exhibit-quilt-as-desired/" target="_blank" rel="noopener noreferrer"> Quilt as Desired Special Exhibit, where longarm quilters took original antique quilt tops and added a modern flair to them. And Eleanor Burns was on hand to introduce her new book, Quilts from El’s Attic. 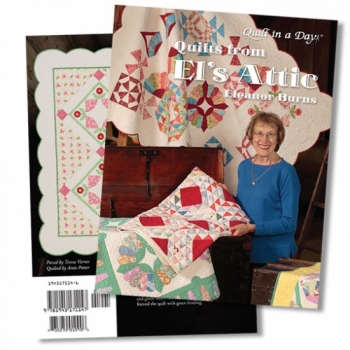 Eleanor Burns is a You Tube quilting star,  creator of Quilt in a Day, and the perkiest 70 years young woman you will ever meet. During a $5.00 Lecture class, Eleanor shared that Quilts from El’s Attic features 10 antique quilt patterns made in to newer, modern quilt designs. Eleanor’s love of antique quilts is her passion and she set out to simplify those beautiful vintage patterns from the past. In addition to the patterns, Eleanor also includes vintage quilts from her own collection, offering fabric selection advice, lovely sample quilts, history, and yardage and cutting charts. The book went on sale in April. In her class, Eleanor discussed the history behind some of the famous antique designs along with her modern renditions. Did you know that in 1860, the Ladies Art Company was the first company to publish quilt patterns? There were no instructions, just pieces of cardboard with a little picture. The Crow’s Nest quilt (circa 1890) was an example of these early patterns. [caption id="attachment_3990" align="aligncenter" width="525"] 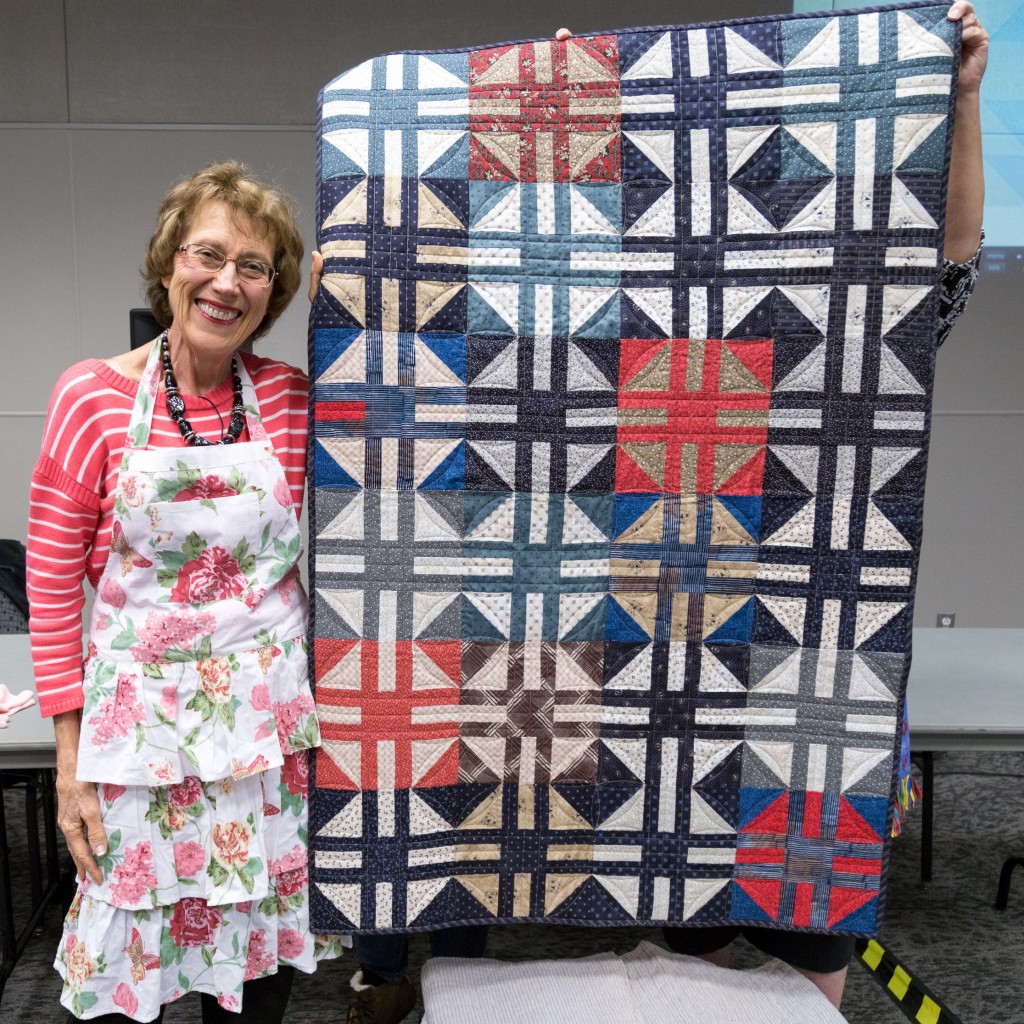 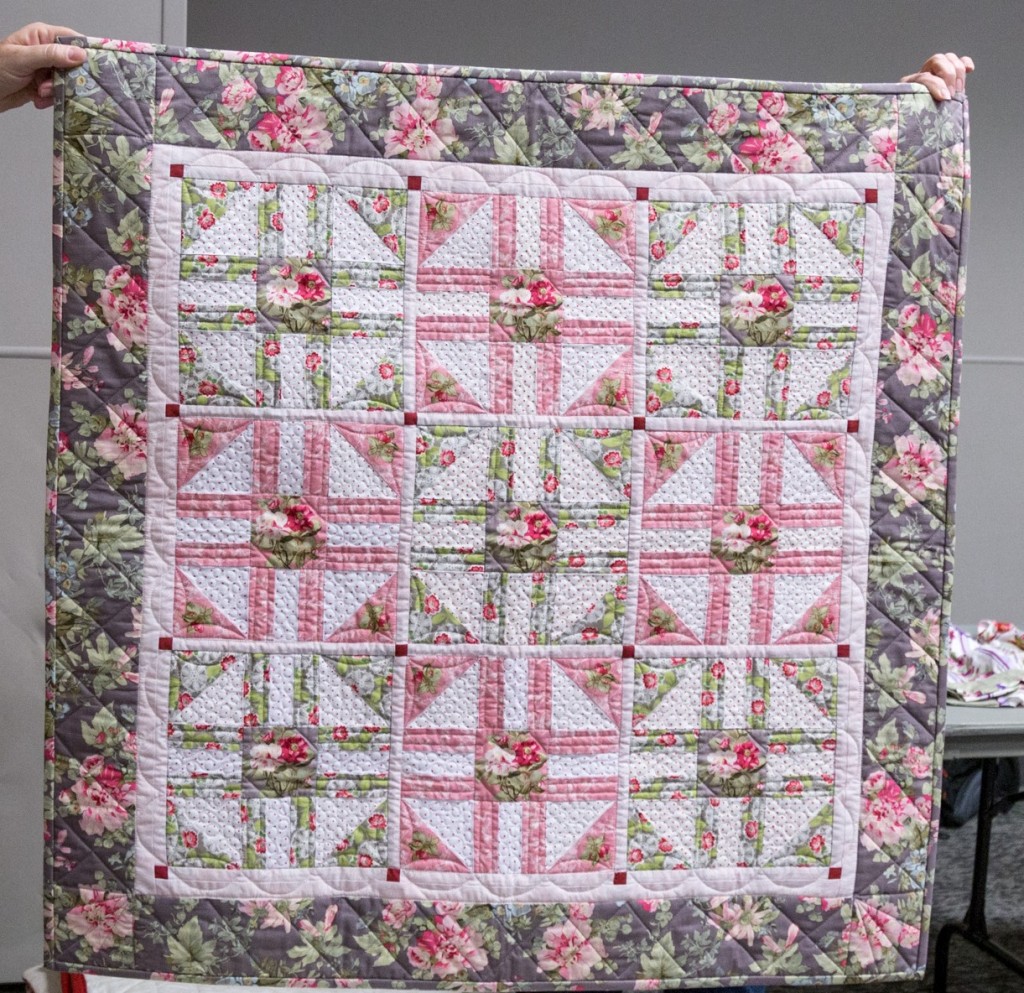 Photo by Brian Roberts Photography[/caption] Did you know that in 1930 the Kansas City Star published a new quilt pattern every week? Women would make that block the day the pattern came out and put the blocks into samplers [caption id="attachment_3986" align="aligncenter" width="576"] 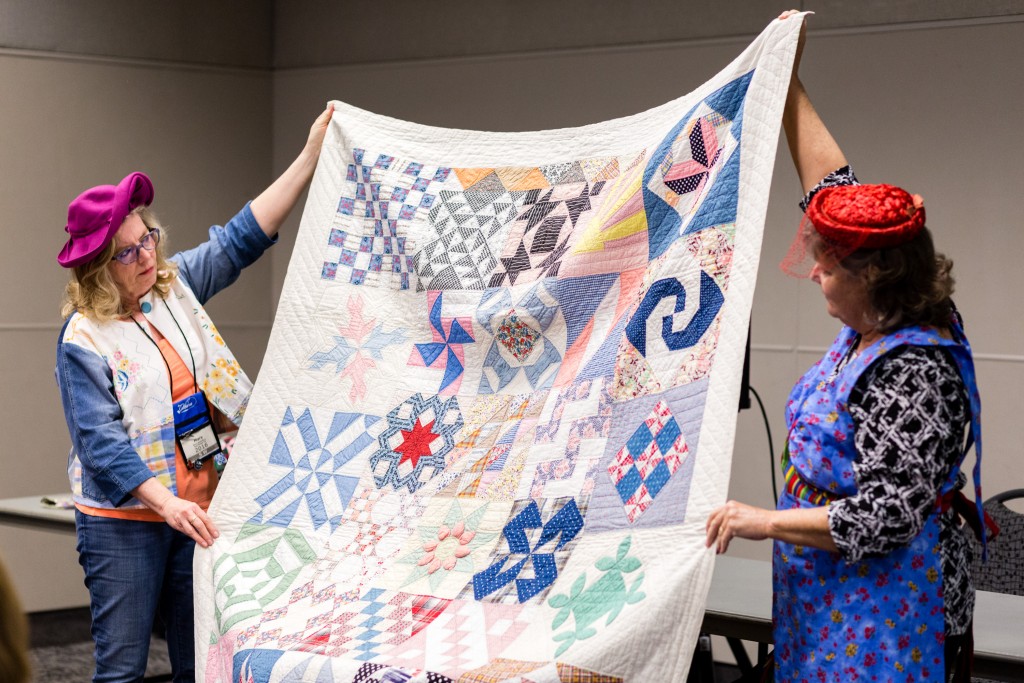 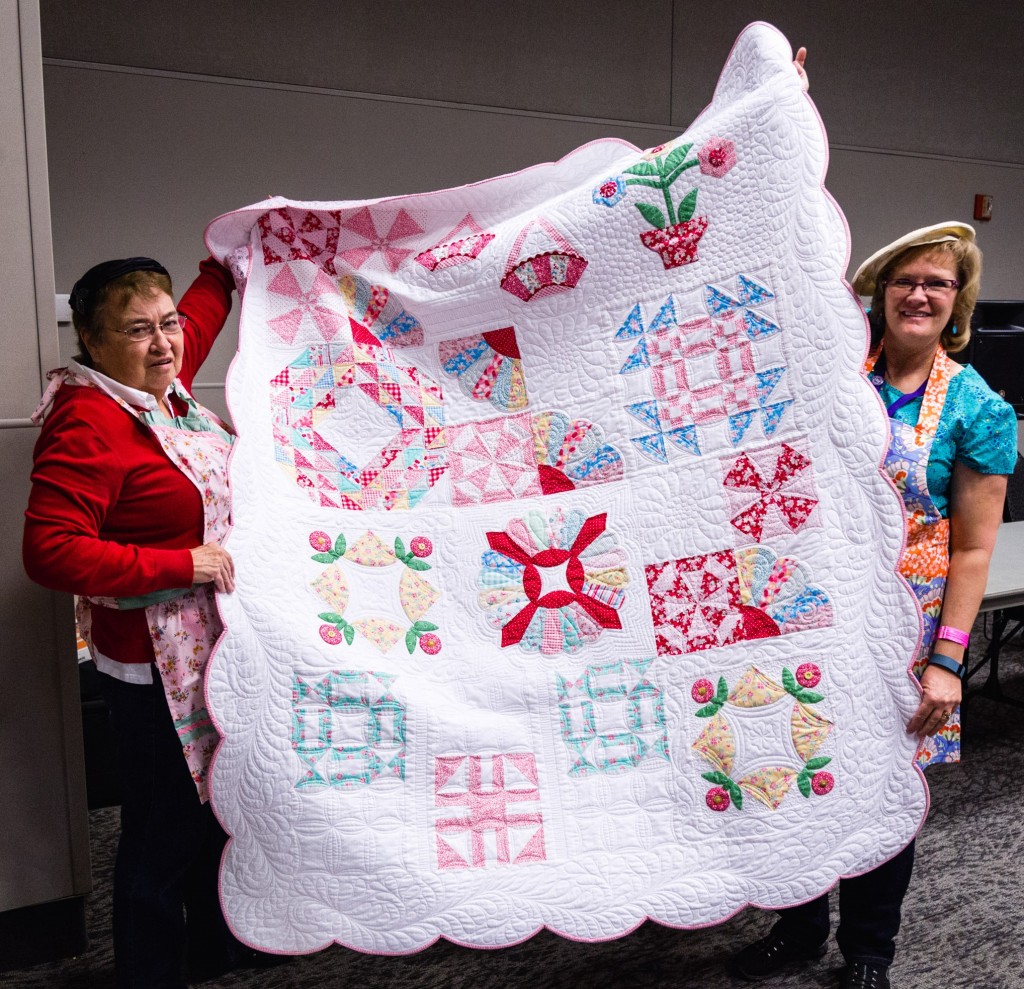 Red is Eleanor’s favorite color! Photo by Brian Roberts Photography[/caption] Did you know that in 1941, a McCalls pattern sold for 35 cents? The traditional Dresden Plate pattern was quilted by hand. Eleanor took the original design and added an ice cream cone border. [caption id="attachment_3988" align="aligncenter" width="586"] 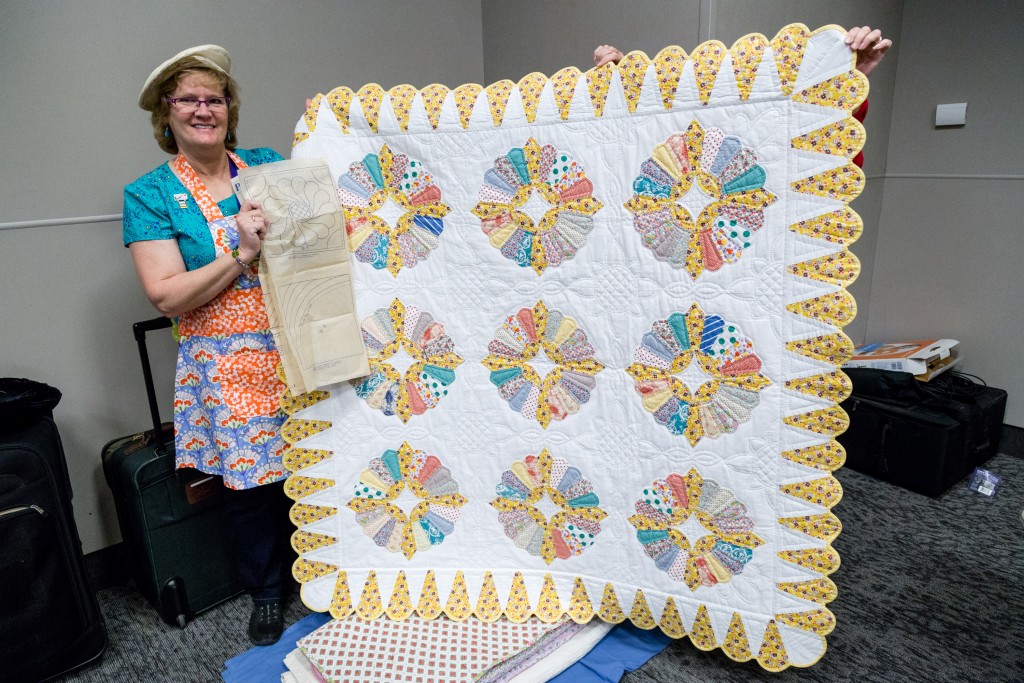 Photo by Brian Roberts Photography[/caption] Eleanor has made an ice cream cone template available on her website to make it simpler to create this modern table runner which is machine quilted. [caption id="attachment_3989" align="aligncenter" width="530"] 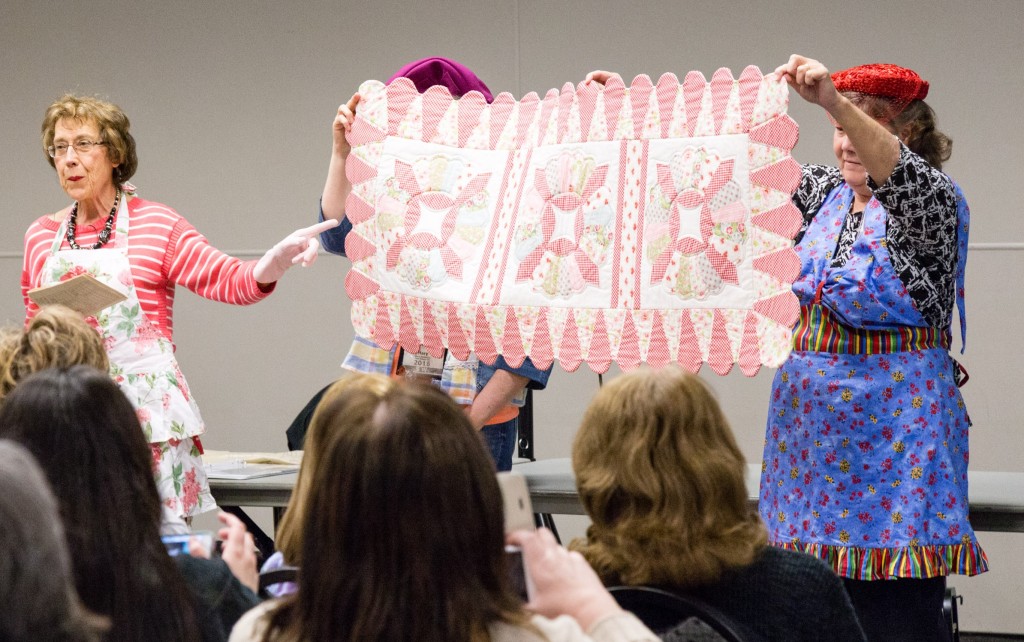 Photo by Brian Roberts Photography[/caption] Did you know that the Baptist fan was created for convenience? Church ladies would sit together to quilt. Because there was limited space, they added a curve to their design and used large stitches. [caption id="attachment_3994" align="aligncenter" width="549"] 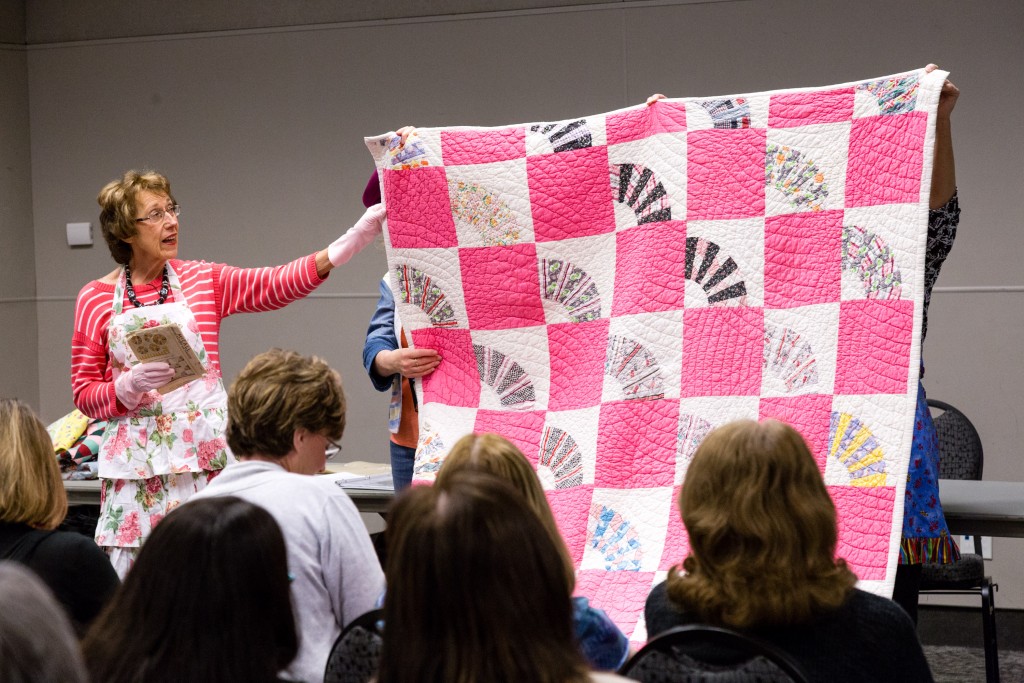 Photo by Brian Roberts Photography[/caption] As always, you can count on Eleanor Burns to give an entertaining look at quilting.  ]]>