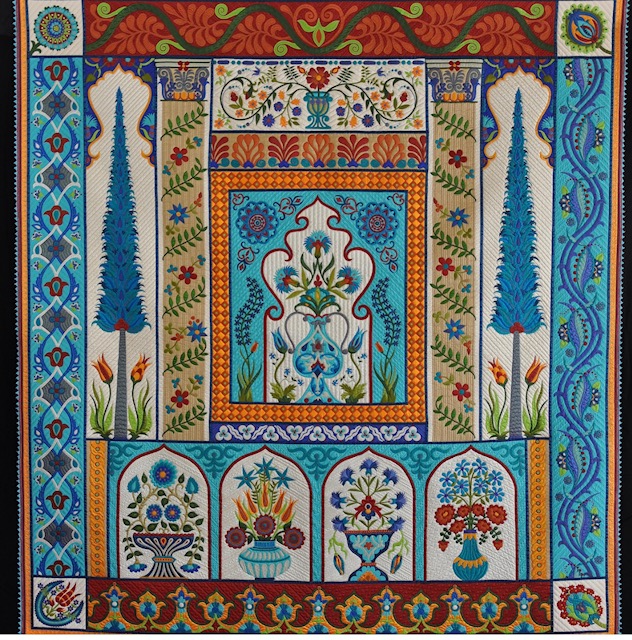 The Marie White Masterpiece Award is the second highest cash award given out during Road to California’s annual quilt contest. Named for the mother of Road to California founder, Carolyn Reese, Marie White was very active in the quilting and doll making world until she passed away seven years ago, six weeks shy of her 93rd birthday. Marie and Carolyn established The Fabric Patch fabric store in 1981. Their store was featured in the third issue of American Patchwork & Quilting Magazine, naming it one of the top thirty stores in the United States. Marie’s specialty was doll making. She also loved working with ribbon embroidery and crazy quilting.

The 2018 winner of this prestigious award was Pat Holly for her quilt, Turkish Treasures. 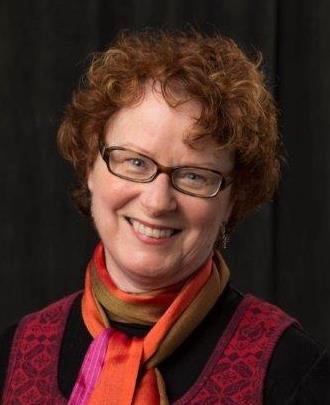 Pat has been sewing all of her life. Her mother sewed her family’s clothes and the Kenmore sewing machine was always available for Pat to use. Pat began with sewing doll clothes and clothes for herself. When her sister had her first child in 1978, Pat found a Vogue pattern and made a baby quilt for her new niece. Later, in the early 1980’s, her sister took classes at a local quilt shop and she shared with Pat what she had learned. Not long after, Pat found quilt guilds and took lots of workshops from many great teachers. What inspired Pat’s winning design?  In 2012, she went on a wonderful tour of Turkey with the Costume Society of America. They saw so many amazing palaces, mosques, ancient cities and even had a balloon ride in Cappadocia! Pat took many many photographs on that trip and it was from one of those images that she designed Turkish Treasures. It took Pat two years to complete the quilt. While she was in Turkey, she saw ladies making needle lace called “oya.” Oya is a cross between tatting and macrame, done with just one large eyed tapestry type of sewing needle.  Because Pat believes that the edge of a quilt is a great place to do something special, she decided to make the edging for Turkish Treasures using oya needle lace. She found some books that described the technique but it was difficult for Pat to make. She ended up watching YouTube videos in Turkish and was able to learn by watching! When Pat received the email telling her she had won, she was “absolutely thrilled.” Remarked Pat, “There are so many amazing quilts in competitions now that it is always such an honor to receive an award.” What is Pat going to do with her prize money? She is leaving soon for a textile tour of India and is confident that she will be able to find a few treasures there to bring home with her!! Wen she returns from her trip, Pat plans on continuing to work on samples for the Holly Girls Quilt Retreat that she, her sister, and Sue Nickels host each year in September. And she added, “I’m always thinking about the next big quilt I want to make!” Congratulations Pat Holly on winning road 2018’s Marie White Masterpiece Award.]]>

<![CDATA[ <p style="text-align: center;">The second highest award given by the judges in Road to California’s Showcase is the Marie White Masterpiece Award. This prize is sponsored by Road to California and is worth $7,500.

The 2017 Winner was Cardinal Points 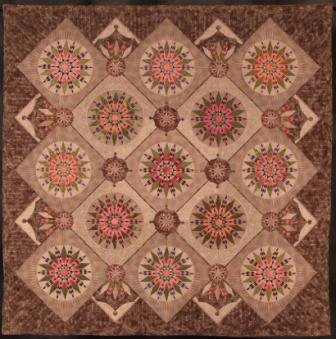 Made by Gail Stepanek (l) and quilted by Jan Hutchinson (r), this was the sixth quilt they have collaborated on together. 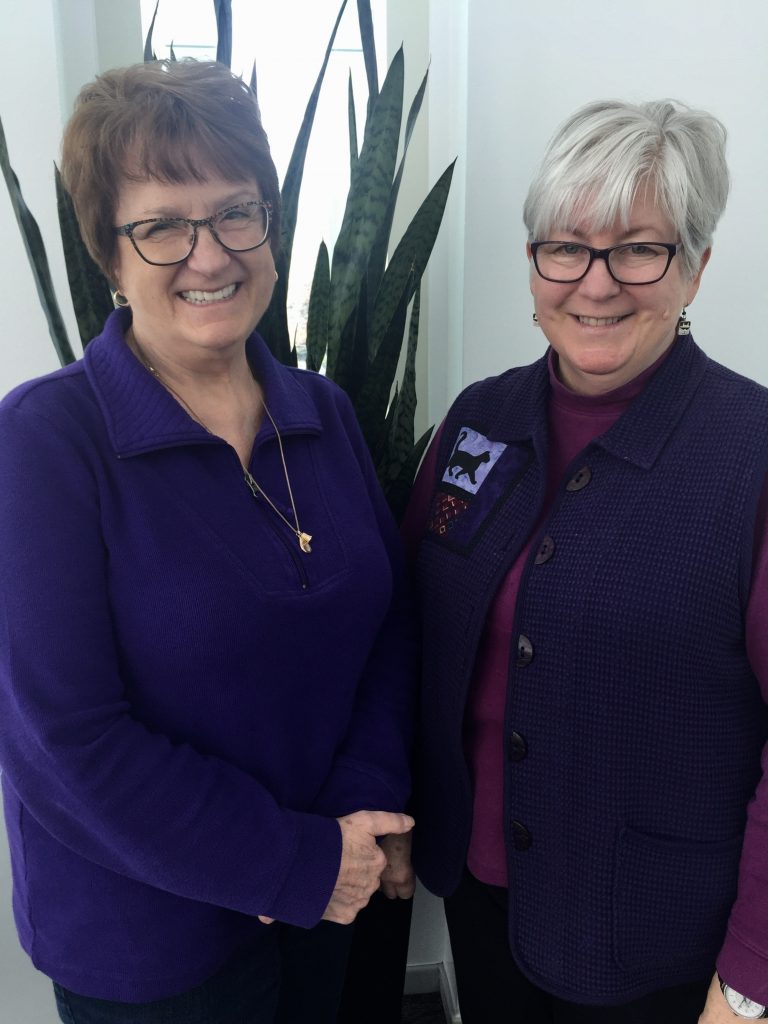 Gail is from New Lennox, Illinois and Jan is from Kansas. They have been partners for five years, having originally met on the internet after Gail saw some of Jan’s work. They didn’t actually meet in person until two and half years after they partnered together. Jan said that the two of them have “become good friends along the way.” Gail offered they get along so well because “we both have a sick sense of humor.”

The idea for Cardinal Points came from an antique quilt Gail had seen that had a similar pattern but was made from much larger blocks. Gail decided to reduce the size of the blocks to “teeny tiny” dimensions for her original design. It took Gail one year to finish the top. Creating a block pattern that was paper-pieced with lots of teeny-tiny pieces was “not the easiest thing to do,” said Gail.

Jan spent three months on the quilting. She decided to treat each circle with a different type of quilting. Consequently there are lots of different patterns throughout the quilt that she designed freehand.  Jan also wanted to keep the quilting traditional because the top is traditional. She used metallic thread twisted with silk to make the quilting more subtle.  “I loved doing this quilt,” remarked Jan.

They had a difficult time coming up with the name. Because the quilt is a variation of a Mariner’s Compass block design, they decided to name it Cardinal Points– the parts of a compass that point North-South-East and West.

The Marie White Masterpiece Award was the second time Cardinal Points had won recognition at a quilt show.  Previously, it had won First in Show and Third Prize overall at Houston in 2016.

What is Jan and Gail going to do with prize money? Why make more quilts to enter in shows, of course!!

You can stay up to date with Gail and Jan on their Facebook Pages. 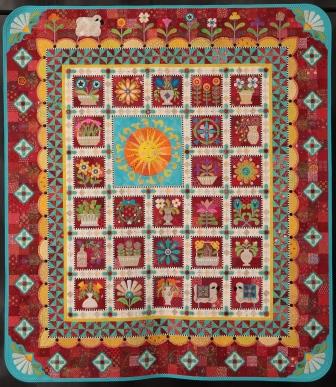 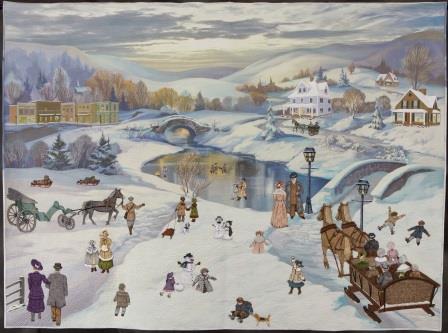