Hoffman Fabrics And Another First For Road To California

<![CDATA[Hoffman Fabrics will be hosting their first ever special exhibit, “Hoffman History,” at Road 2018. The special exhibit was inspired by Hoffman’s opening presentation for the Schoolhouse Education series at last fall’s Quilt Market in Houston, the major trade show for retailers and manufacturers. Along with a special stand-up banner display and lecture, Hoffman presented a “thank you” video to acknowledge quilt shops’ and quilters’ contributions to Hoffman Fabrics’ success and growth over its 94 years in business. <iframe src="https://www.youtube.com/embed/L3sQSnGgpRw" width="560" height="315" frameborder="0" allowfullscreen="allowfullscreen"> Why was Road to California chosen as the location to show this special exhibit? Hoffman knew from their early planning stages that they wanted to expand the Quilt Market presentation to Road to California. Hoffman considers Road to California to be the most important consumer show for them for three reasons: 1) Because many Hoffman retailers participate at the show; 2) They often hold office/warehouse tours during the show; and 3) They have a longtime “family business” relationship with the Reese family. The special exhibit will show Hoffman’s development from its start as Hoffman Woolens in 1924 to becoming a textile converter, introducing various fabrications to the quilting market (the originator of batiks for quilting, for instance, but also as a leader now in cutting-edge digital prints), to their impact on the surf apparel industry, and everything in-between. We’re told that there will even be an actual surfboard in the exhibit!!! 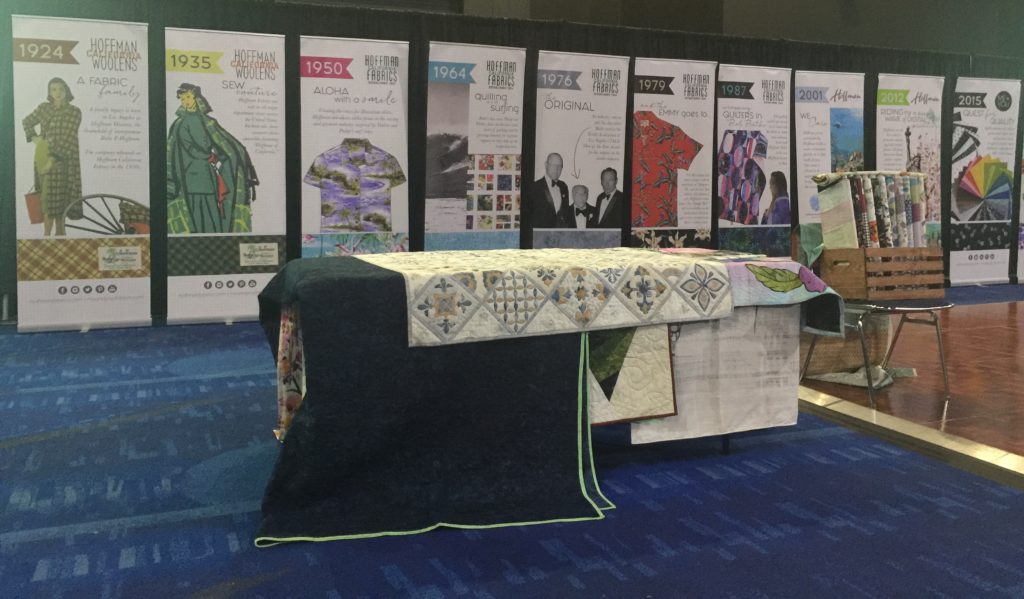 Part of the exhibit will include the Hoffman Challenge, which they have partnered with Road to California as a sponsor over many, many years. Other quilts that will be in the display were generated by Hoffman’s own “quilt fairies” – very talented industry designers/quilters with whom they’ve worked closely with over many years. Hoffman depended on them to design and make outstanding quilts. Some of the quilts have patterns sold by the designers, but many others have become patterns that Hoffman now offers as free downloads from its website. They plan to show quilts that feature their different fabrications and most well-known designs. 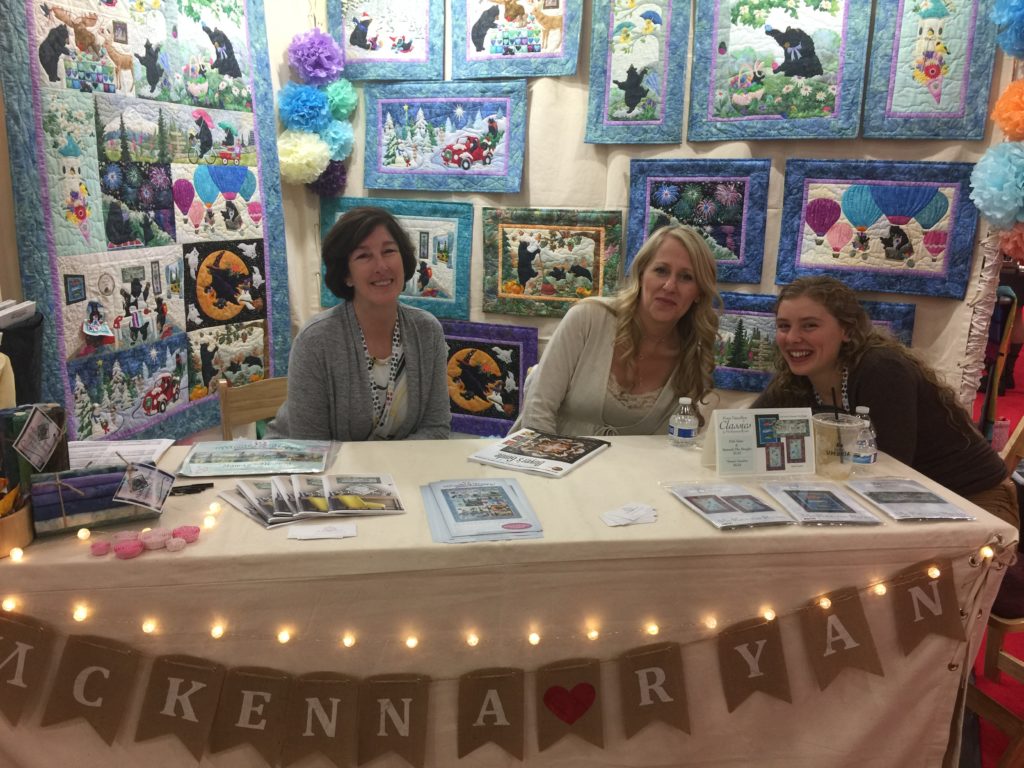 What will happen to the exhibit after Road to California 2018? Well, Hoffman isn’t quite sure. They say if the exhibit is well received at Road, perhaps they will show it at another major quilt show or at a quilt, textile, or other type of museum or library – even a major university. They are also thinking about recreating at least a part of it Hoffman’s headquarters in Mission Viejo, California since they offer tours to quilt/sewing guilds as their production/distribution schedule allows throughout the year. Given that Hoffman is close to hitting the century mark, they feel confident that all types of artists, makers, collectors, etc., would be very interested in learning about the history of textiles and of Hoffman Fabrics. Be sure to stop by Booth 400 and be a part of this historic special exhibit.  ]]>