Reese Granddaughters Are Making A Difference

<![CDATA[Road to California is family owned and operated by <a href="https://www.road2ca.com/blog/road-to-california/the-road-to-california-its-all-in-the-family/" target="_blank" rel="noopener noreferrer">the Reese family. Matriarch Carolyn Reese started the conference almost 22 years ago. Her three sons and their families all play an important part in running the show. At one time or another, most of Carolyn’s grandchildren have had responsibilities with the show as they were growing up. Today, grandson Matt Reese, is the Show Director of Road. This past summer has been a productive summer for three of Carolyn’s granddaughters. All three were born and raised in Southern California and have had their turn at helping with the behind the scenes of Road. All college graduates, this summer has seen interesting changes in the girls’ lives as they have gone out on their own around the country. Rachel Reese, daughter of Carolyn’s youngest son Darrell, moved to Chicago in 2014 to be the manager for a music store. This summer, she was promoted to District Manager of retail stores in Illinois and Missouri for Music and Arts. She will be supervising six stores and traveling regularly between the two states. Music and Arts is a national band and orchestral retailer servicing over a million lessons a year and fulfilling the instrumental needs of many musicians. [caption id="attachment_4225" align="aligncenter" width="640"] 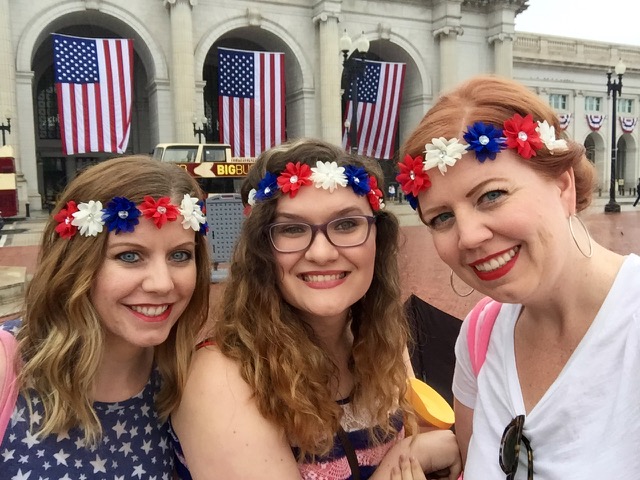 Mary Beth, Rachel, and Erika in Washington, DC[/caption] On the Fourth of July, Rachel reconnected with cousins Erika Reese of Virginia and Mary Beth Reese of California, in Washington, D.C. to celebrate the nation’s birthday. It rained throughout the day but it eventually cleared up so they could dance on the Capitol lawn to the PBS, A Capitol Fourth Concert. The out-of-towners stayed with Carie Ruiz, Erika and Mary Beth’s sister, at her home in Virginia. Carie Ruiz is the middle daughter of Carolyn’s middle son, Dave. She and her husband Kevin and their 3 children have lived in Virginia the past few years. Carie is a stay-at-home parent who still finds time for sewing projects. She has been busy hosting relatives all summer: the cousins for July Fourth, her dad and step-mom for Erika’s graduation, and her mom and Grandma Carolyn for her two boys’ birthday celebrations. [caption id="attachment_4227" align="aligncenter" width="720"] 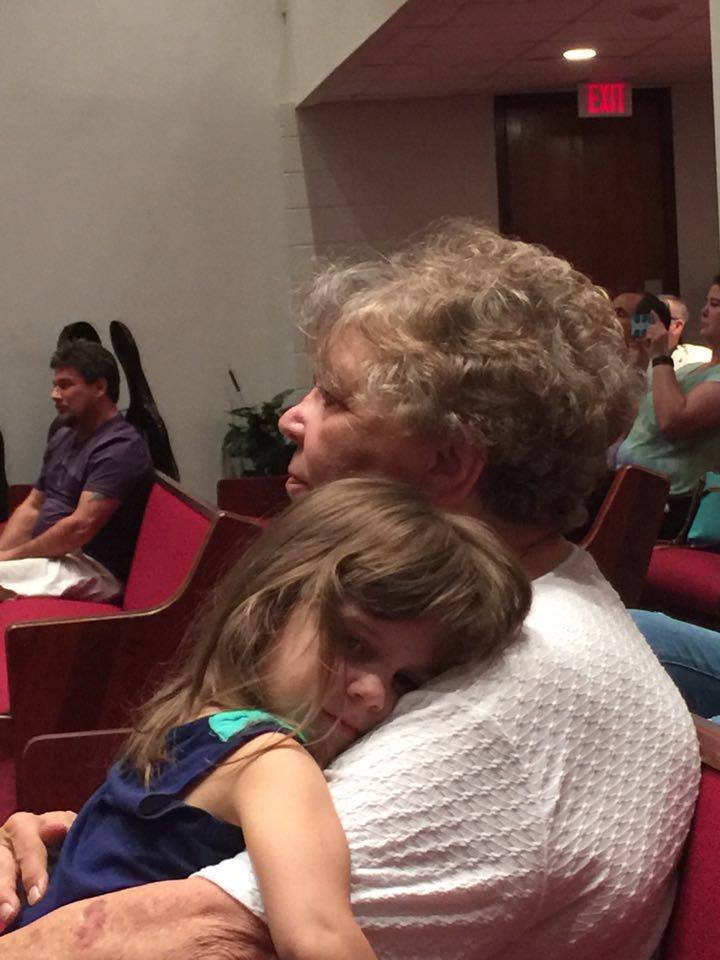 Carolyn with Great Granddaughter Laura[/caption] Erika Reese, Dave’s oldest daughter, graduated this summer from the National Institutes of Health Specialist in Blood Bank Technology Program.  It was an intensive 12-month training program offered by the Department of Transfusion Medicine in the NIH Clinical Center.  During the past year, Erika has juggled working 32 hours per week as a Medical Technologist in the Transfusion Service Laboratory; 8 hours per week of didactic lectures and exams in advanced immunohematology topics; outside rotations at participating facilities; and completion of a research project. After graduation, Erika was eligible to sit for the national exam offered by the American Society of Clinical Pathology and on July 18, 2016, she passed her exam and is now certified as a Specialist in Blood Bank (SBB). [caption id="attachment_4226" align="aligncenter" width="720"] 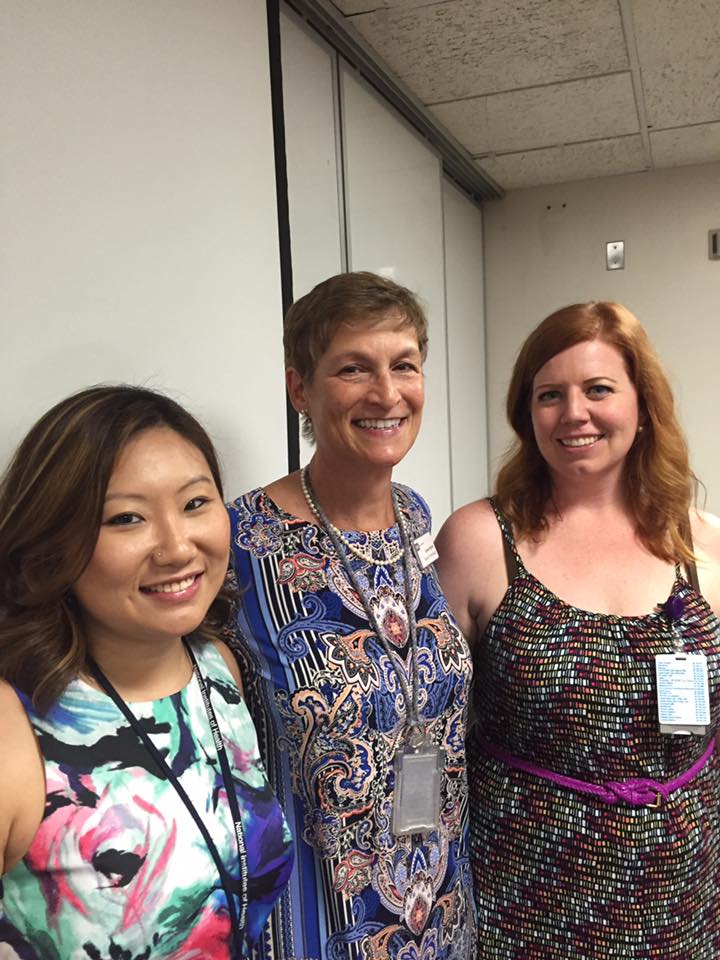 L to R, Kimberly Levy (fellow SBB student), Karen Byrne (DTM/SBB Education Coordinator), and Erika[/caption] Erika recently moved out on her own to an “adorable” rowhouse rental in the Canton neighborhood of Baltimore.  Erika has accepted a job as the Quality Assurance Specialist for the Blood Bank at the University of Maryland Medical Center in downtown Baltimore.  This job is off the bench and involves reviewing systems from the blood bank to maintain and enhance the quality and safety of transfusion and tissue transplantation. She is also working with her mentors to get her research paper published in a peer-reviewed journal.  Erika really enjoys doing research and looks forward to opportunities for future projects within UMMC and collaborating with professionals at other institutions. Road to California is proud of these three Reese granddaughters. What a summer indeed!!]]>