<![CDATA[ <p style="text-align: center;">Road to California is the perfect place for a family outing!! 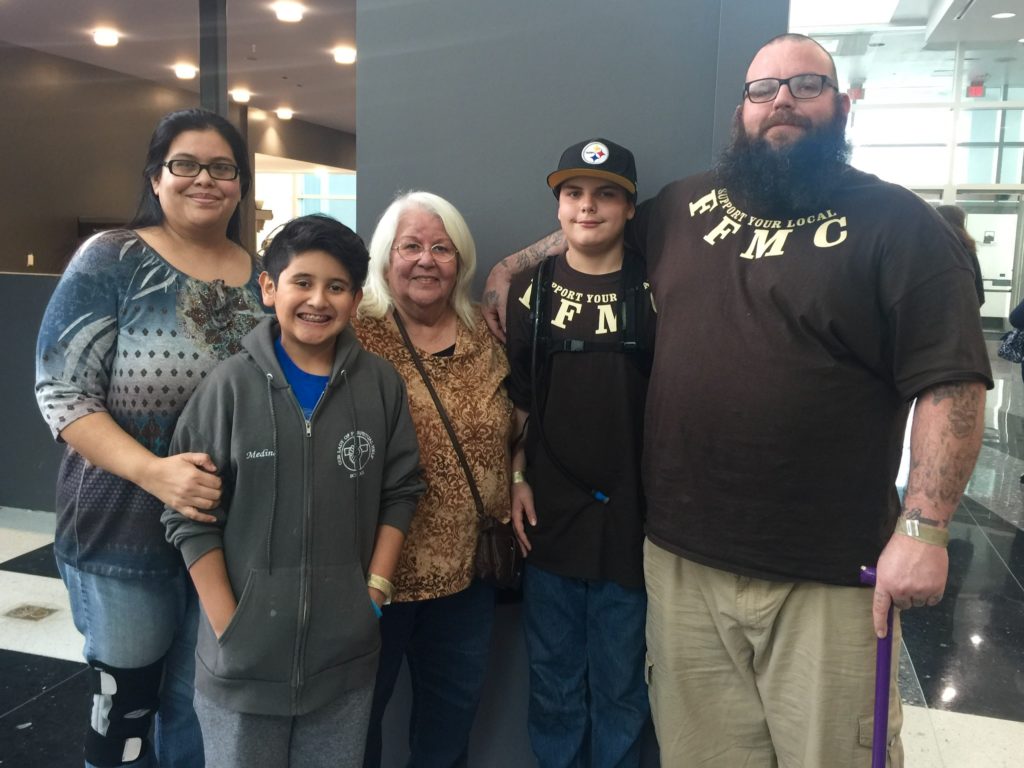 (l-r) Rebecca, Nicholas, Pearl, Cameron and Daniel[/caption] The Medina family from Moreno Valley, California says quilting and coming to Road is “a family affair.” Young Nicholas is a big fan of Eleanor Burns. He’s been watching her on TV since he was 5 years old. His grandma Pearl shops at Eleanor’s store in San Diego county. One time, she brought Nicholas with her when there was a sale going on. Nicholas marched right up to Eleanor and asked her if she had any cowboy fabric. They struck up a friendship and for the past 3 years, Nicholas and his family have come to Road to meet up with Eleanor and her son, Orion.  It was about that same time that Nicholas began sewing on his great-grandma’s machine. He says he prefers to sketch out his own patterns. Grandma Pearl has been coming to Road for 10 years. She has sewn since she was a little girl and has been quilting for the past 15-20 years. She is sharing her knowledge with her daughter, Rebecca, who started sewing twenty-one years ago when she was 7. Rebecca has joined her mom at Road for the past four years and says, “coming with my mom to Road is something we share together.” After attending Road for the past 2 years, Daniel Ganczak, Pearl’s son-in-law, became interested in quilting and bought his own sewing machine. He says he is “practicing for now,” getting ideas and fabric and relaxing during the show. In 2017, Daniel brought his son, Cameron, who said that he was so inspired by Road and his family, he wants to start quilting and join his cousin with the family hobby. [caption id="attachment_4958" align="aligncenter" width="391"] 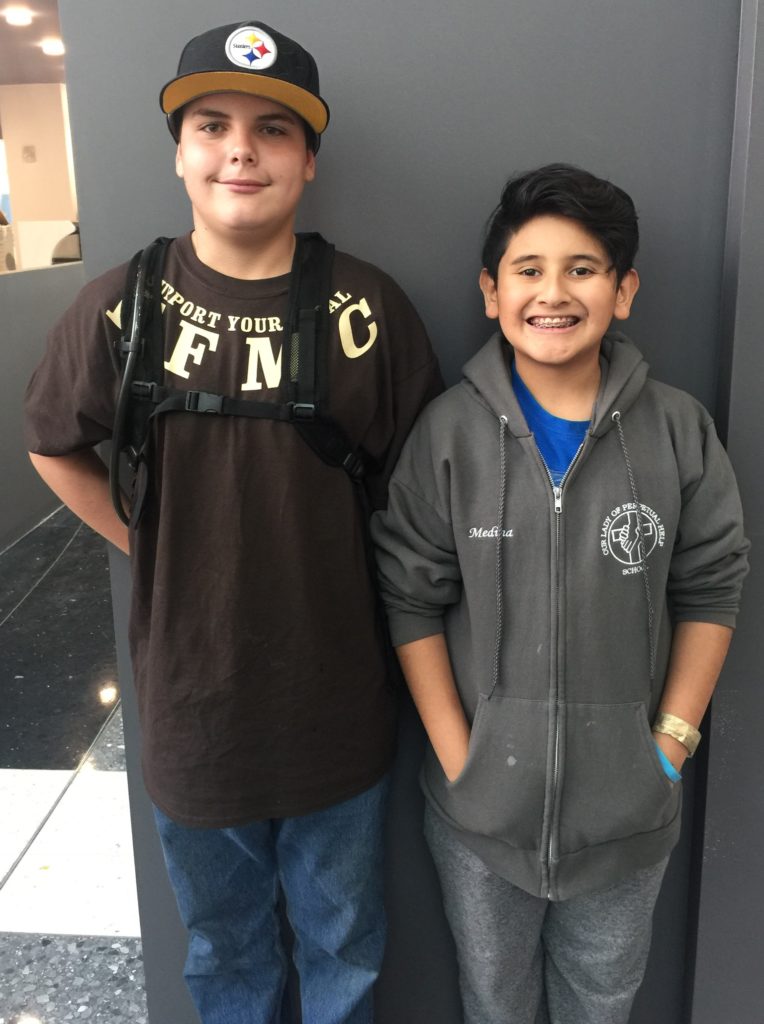 Cousins Cameron and Nicholas[/caption] Another family from Moreno Valley came to share a day together at Road. Meet Grandma Lydia, Grandpa Larry, Dad Jay, and his daughters, Lulu (age 9) and Scarlet (age 7). Jay says his mom has always sewed and has been a quilter for the past 20 years. Jay starting sewing as a young boy. He is an artist and says that sewing is “another way to express myself.” He is teaching the girls how to sew. Lulu and Jay have made a wall-hanging quilt together. [caption id="attachment_4959" align="aligncenter" width="422"] 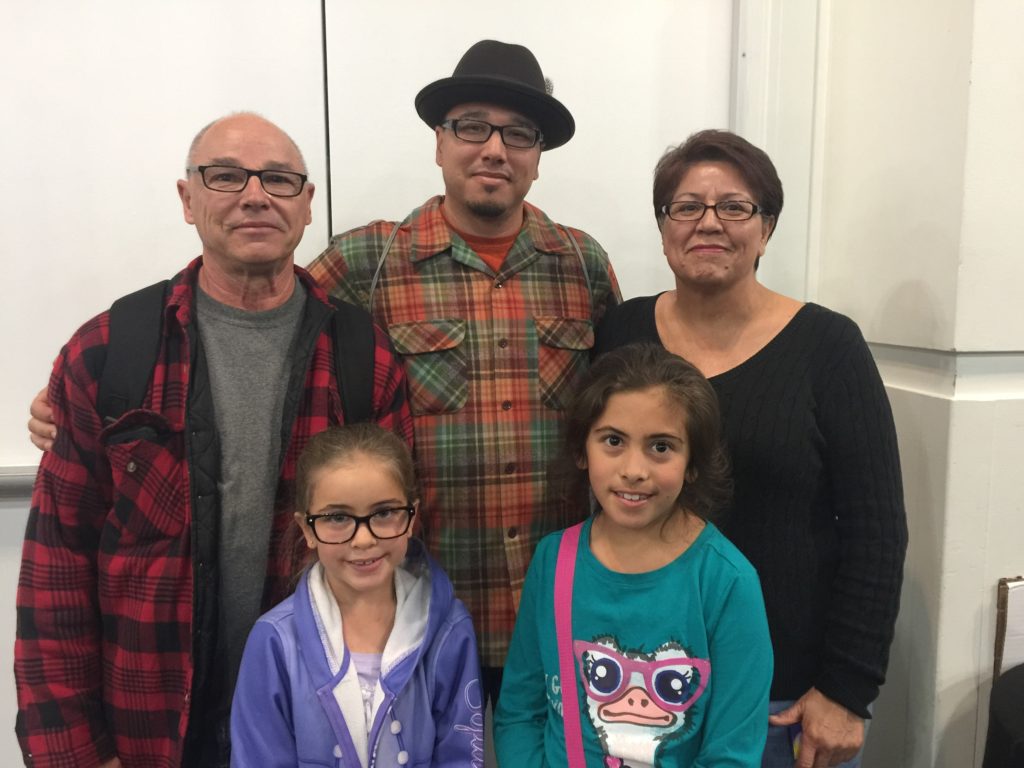 Back row: Larry, Jay, Lydia. Front row: Scarlet and Lulu[/caption] It was the first time coming to Road for Larry, Jay and the girls. Larry “didn’t realize how involved quilting was” and was “amazed” at seeing how detailed the quilts on display were. Jay couldn’t believe “how many different ways there are to quilt.” Scarlet was hoping to get some ideas to start her first quilt and Lulu was enjoying all the “free stuff’ that the vendors were handing out. A veteran of four Road to California’s, Lydia is another Eleanor Burns fan and “loves the whole show.” These two families show that the family that quilts together, stays together.]]>