So You Want To Make A Winning Quilt? 2016 Excellence In Hand Quilting

<![CDATA[<em>Elegance was made and quilted by Elsie M. Campbell. She received $1,500 from sponsor, World of Quilts Travel. 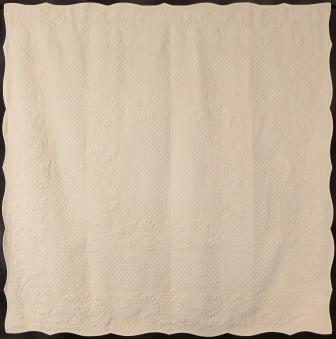 “Quite pleased,” was Elsie’s reaction when she found out she had won the prize for Excellence in Hand Quilting. Elsie Campbell’s love for quilting is in her genes; from her mother, grandmothers, aunts…… and even back several more generations. Inspiration for Elegance came when her son took Elsie in September, 2007 to an exhibit of antique quilts from the Henry duPont collection at Winterthur, duPont’s childhood home. The collection had been opened to the public more than 60 years ago as a museum. There were some exquisite boutis (trapunto or stuffed work) quilts that fascinated Elsie. She decided that if women from the 18th and 19th century could do this form of quilting, “I surely could, too.” Work on Elegance began soon after Elsie returned from the exhibit and continued until September of 2015 – a total of 8 years to complete. During those 8 years, Elsie also made 50+ other quilts AND wrote 2 books ALONG with her traveling schedule, teaching quilt making techniques to others across the nation. Elsie said she never doubted that she would complete Elegance. She would stitch when  she had a few moments here and there, usually in hotel rooms while she was on the road and at other odd times. Says Elsie, “A little bit of time here and there really will allow you to accomplish something significant. Just keep at it. If you enjoy the process (and I do!) it doesn’t matter how long it takes to make something of lasting beauty.” [caption id="attachment_4234" align="aligncenter" width="625"] 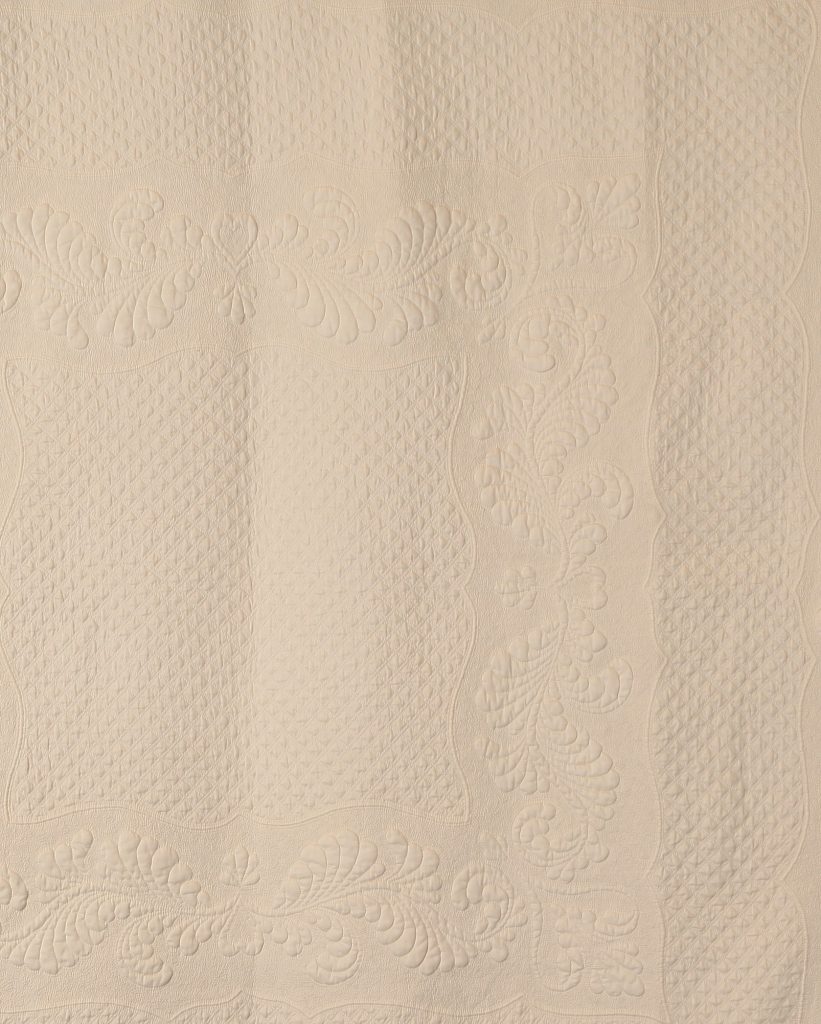 Close up of Elsie’s work[/caption] Elsie also makes heirloom machine quilted quilts, quilting them on a domestic sewing machine. While she loves to do all kinds of quilt making techniques, she started off quilting everything by hand and still loves taking the time to hand quilt. What is Elsie working on next?   Elsie is a new iquilt.com instructor. Her online workshop is based on another award-winning quilt, Aunt MiMi’s Flower Garden quilt. The first version of that quilt won the Judge’s Special Merit at Road to California in 2009, and the second version won Best Traditional Quilt in 2014, and several top awards at the AQS Shows. [caption id="attachment_4235" align="aligncenter" width="336"] 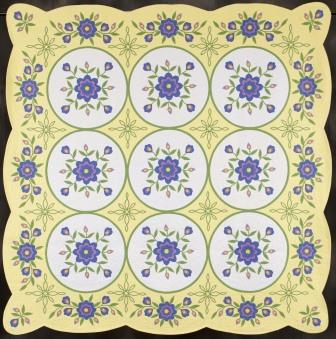 Aunt Mimi’s Flower Garden II – 2014[/caption] The workshop features 7 online lessons, complete with patterns and professionally produced instructional videos.  Elsie still travels to teach quilting to guilds and at quilt shops and national quilt shows across the USA, delivering programs, and workshops, and generally enjoying herself. She sums it up by saying, “I love it ALL!” To learn more about Elsie, please visit her website.  ]]>

This entry was posted on Tuesday, August 9th, 2016 at 9:42 pm and is filed under Winning Quilts. You can follow any responses to this entry through the RSS 2.0 feed. You can leave a response, or trackback from your own site.