<![CDATA[A family owned business for over 20 years, <a href="http://www.pollardsewcreative.com/" target="_blank" rel="noopener noreferrer">Pollard’s Sew Creative began from a passion for sewing and has grown to become a creative sewing center as well as an authorized dealer for Pfaff, Husqvarna, and Viking sewing machines.

Founders Bill and Marcia Pollard, along with their daughter, Jennifer Noble, each bring their own area of expertise to the business. Bill repairs the machines brought into their stores. Marcia is the “creative juice” behind the company. It was from her observations 20 years ago that there wasn’t much sewing education available for the consumer that led the Pollard’s to provide a source where they could show “everything that can be done with a stitch.” Marcia is also known for her digitized machine embroidery exclusive collection for Elegance Threads and Designs. 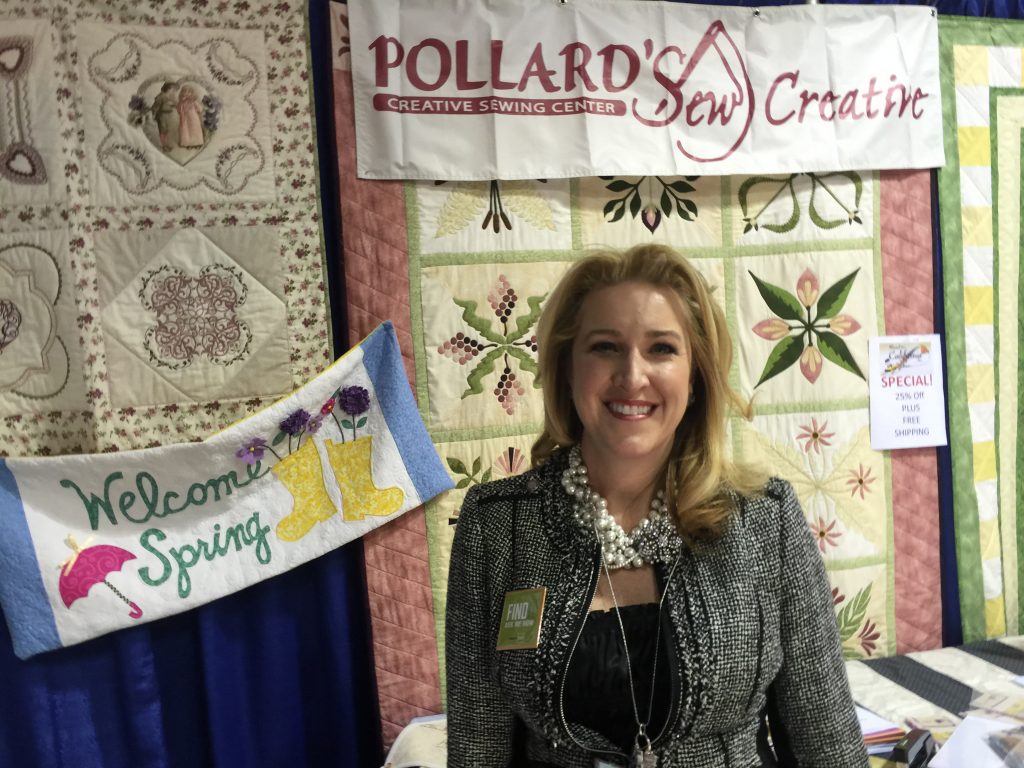 Jenny joined the business 14 years ago. With a background in technology (she has 2 degrees in technology and is the former head of the Ed Tech Department at the University of LaVerne), it was the recent technological developments with sewing machines that brought her to the business. Today, she oversees Pollard’s Sew Creative business operations. Jenny is also credited with involving their company with Anime Expo, an American anime convention held in Los Angeles, California the first weekend in July and organized by the non-profit Society for the Promotion of Japanese Animation (SPJA). Pollard’s providing sewing machines at the event to encourage youth to sew their own Anime costumes for the convention.

Pollard’s first store was opened in Glendora, California and they have just added another location in Arcadia, California. Each store offers daily classes and carries products to “sew on and sew with.” They are leaders in an evolving industry, combining computer technology with sewing machines. Their “full package” includes not only selling one-of-a-kind products, fabric, and notions but also offering sewing classes. In addition, they give computer classes on the Dell laptop computers they sell, bringing together computer programs and sewing machines. Why do the Pollards like coming to Road to California? Says Jenny, “We like to connect with the people and tell them about all the options there are available to inspire.” As the industry continues to change, Pollard’s Sew Creative will “keep pushing outside the box.” To learn more about Pollard’s Sew Creative, visit their website.  ]]>