Two Ways To Show Off Your Quilt for Road 2017

<![CDATA[ <p style="text-align: center;">Do you have a quilt that you have been working on that you would like to share with the public?

Road to California 2017 is offering two opportunities for quilters to enter their quilt designs – one that we are known for and a new one for quilts to be part of a special exhibit.

First, there is Road’s annual Quilt Contest. For 2017, quilters have the chance to vie for prize money totaling $90,000. Once again, Gammill is sponsoring the Best of Show category, offering $10,000 for the top prize. [caption id="attachment_4055" align="aligncenter" width="404"] 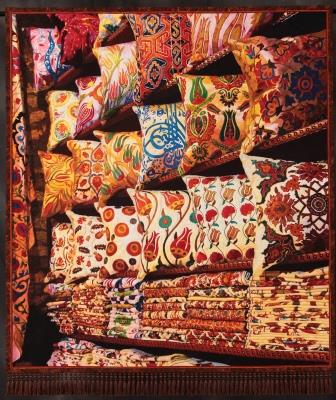 Best of Show Road 2016 – Silk Road Sampler by MelissaSobotka[/caption] Road receives hundreds of entries each year in their annual contest for the fifteen categories.  In order to qualify to enter, quilts have to have been made since January 1, 2015 and could not have been entered in a Road contest previously. The quilts have to been made with three distinct layers and no pre-quilted fabrics can be used. [caption id="attachment_4093" align="aligncenter" width="336"] 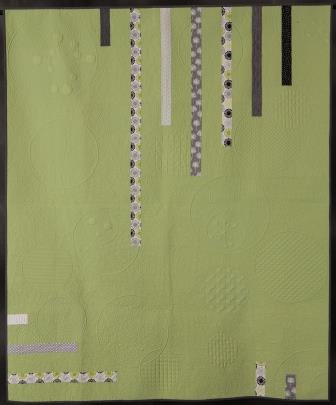 2016 Outstanding Modern Quilt by Linda M. Thielfoldt[/caption] Individuals can enter up to 3 quilts in the contest. Entry packets can be obtained on the Road website and must be received at Road’s office (either online or by mail) no later than October 3, 2016. Entrants are notified by November 28, 2016 if their quilt is chosen for the competition.  Quilters then have until December 23, 2016 to ship their quilt to Road’s office. [caption id="attachment_4035" align="aligncenter" width="327"] 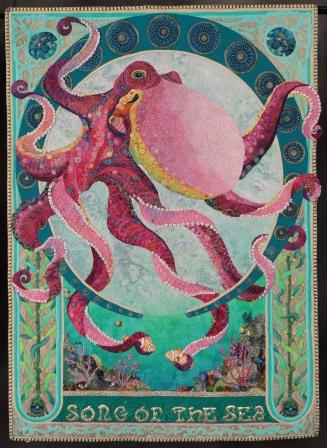 2016 Director’s Choice by Kathy McNeil[/caption] Judging for the contest will take place on January 17, 2017. Besides the top prizes, judges also consider three winners for each of the categories offered. All winners are notified the evening of the 17th. [caption id="attachment_4110" align="aligncenter" width="336"] 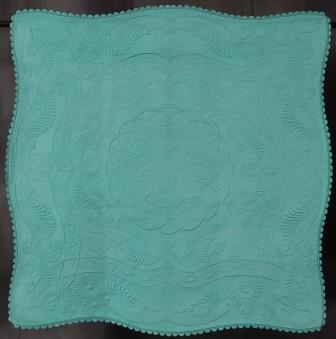 2016 Outstanding Traditional Quilt by Bethanne G. Nemesh[/caption] For more information on our 2017 Quilt Contest, please visit our website. If you have a modern design quilt that you are proud of, perhaps you might consider entering it in the Special Exhibit, Modern Quilts – Redesigning Traditions. While no prize money is being offered, accepted quilts earn the prestige of being included in this special display.

The exhibit will be shown at the Ontario Museum of History and Art in Ontario, California, December 1, 2016 through January 22, 2017 – which includes time during Road 2017. Modern Quilts: Redesigning Tradition, explores the modern evolution of traditional quilt patterns. Entries must adhere to the exhibit theme: traditional quilt blocks redesigned into a quilted item displaying Modern Quilting aesthetics. The traditional block used as inspiration must be identified by its commonly used name on the entry form. [caption id="attachment_3839" align="aligncenter" width="296"]

Not Your Grandmother’s Wedding by Pauline Saltzman[/caption] Submissions considered for acceptance to the exhibit include quilts, bags, pillows, and table coverings. All entries must consist of three distinct layers: top, middle layer and backing and must be quilted by hand and/or machine. No entry can exceed 96” wide. Due to shipping restrictions, quilted upholstered furniture will not be accepted. [caption id="attachment_3842" align="aligncenter" width="297"]

Square in a Square by Christa Watson[/caption] The deadline to submit entries is August 15, 2016. Accepted pieces will be notified by October 1, 2016. Interested sewists can request detailed information and an entry form from Guest Curator, Geroganna Hawley at ghawley@ontarioca.gov Road to California is looking forward to all the submissions for both of these events. What quilt will you be entering for Road’s contests?    ]]>

This entry was posted on Thursday, July 14th, 2016 at 9:00 am and is filed under Quilt Contest, Special Quilt Exhibits. You can follow any responses to this entry through the RSS 2.0 feed. You can leave a response, or trackback from your own site.