<![CDATA[ <p style="text-align: center;">Eye of the Beholder Quilt Design will be returning to Road to California in 2017

How does someone go from professional dancer to quilter?

That is exactly what Margaret Willingham did. For many years, Margaret taught choreography for a modern dance company specializing in classical ballet and modern dance.  When Margaret developed major back problems (she had 5 surgeries in 2 years), she realized that teaching dance was no longer an option. Newly divorced, Margaret had to find something she could do to make a living. So she turned to her passions to find the answer. [caption id="attachment_4151" align="aligncenter" width="552"] 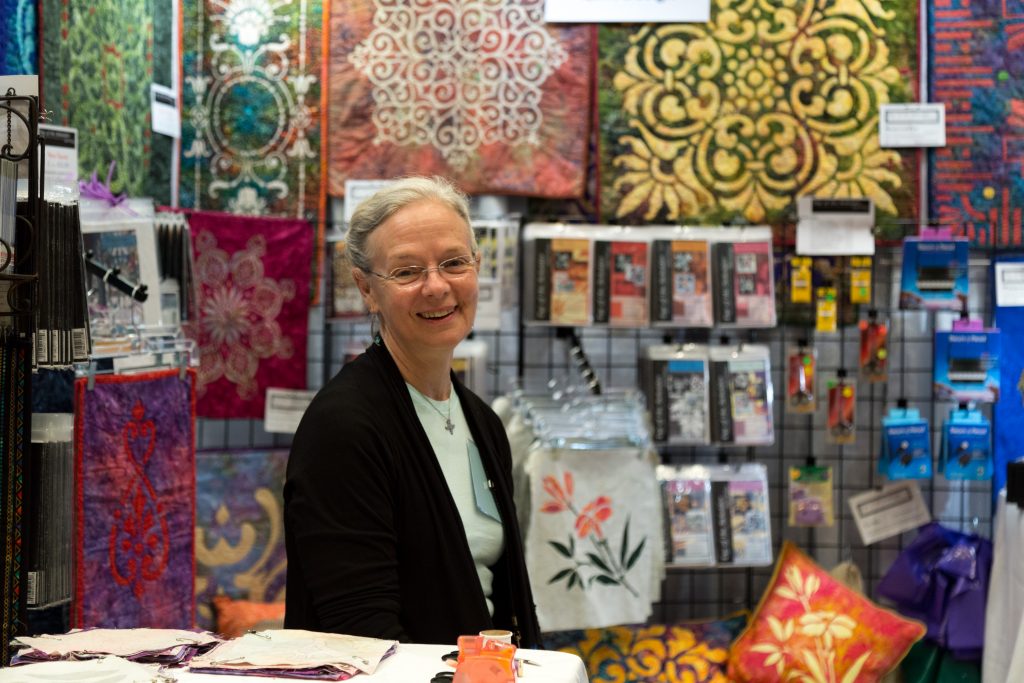 Photo by Brian Roberts Photography[/caption] Margaret loved being creative, artistic, and quilting. For Margaret, fabric was “fun to play with.” She “followed the doors God had given” her and started Eye of the Beholder Quilt Design. She has been in business going on 6 years. Instead of choreographing dances, she is choreographing quilts. Eye of the Beholder Quilt Design specializes in original applique patterns inspired by the world around us. Margaret has developed a reverse applique process that is “a no brainer.” Just Trace-Baste-Snip-Stitch. Margaret shared that she’s even had 10 year olds master her technique. “People are amazed at how easy and simple of a process it is.” Eye of the Beholder Quilt Designs can also be done as machine reverse applique because Margaret has found that some people don’t like to do hand work. [caption id="attachment_4148" align="aligncenter" width="625"] 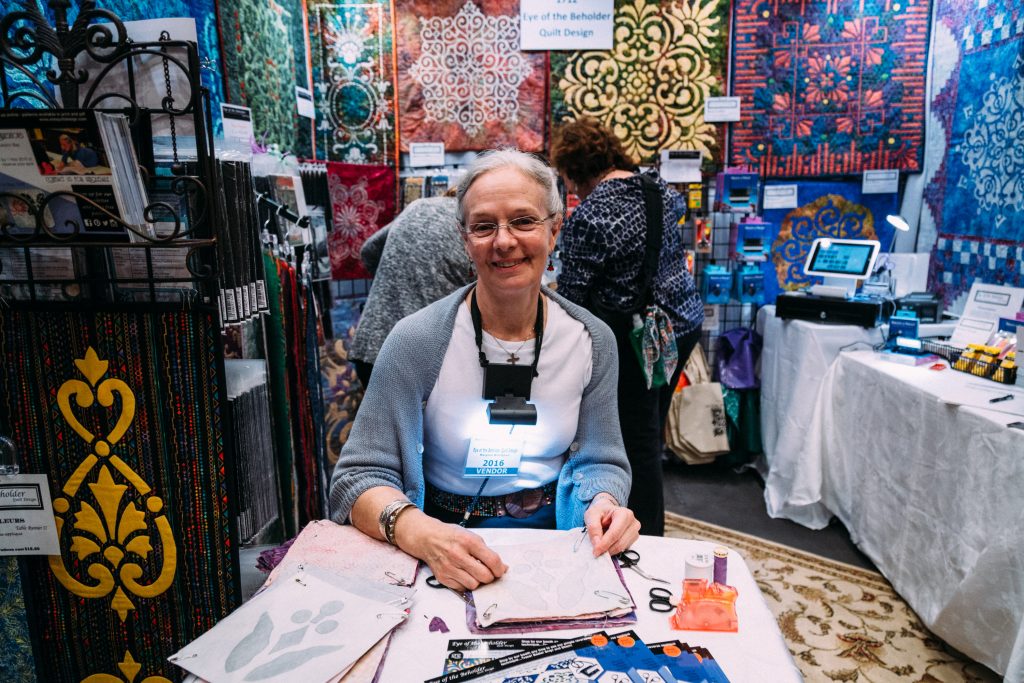 Photo by Brian Roberts Photography[/caption] From August, 2015 to January, 2016, Margaret put 11,000 miles on her new van traveling to various shows. She spends most of the time in her booth demonstrating her applique steps with her customers. She has also put up tutorials on her website, has a booklet that explains her technique, and writes a blog sharing applique tips and experiences. [caption id="attachment_4149" align="aligncenter" width="625"] 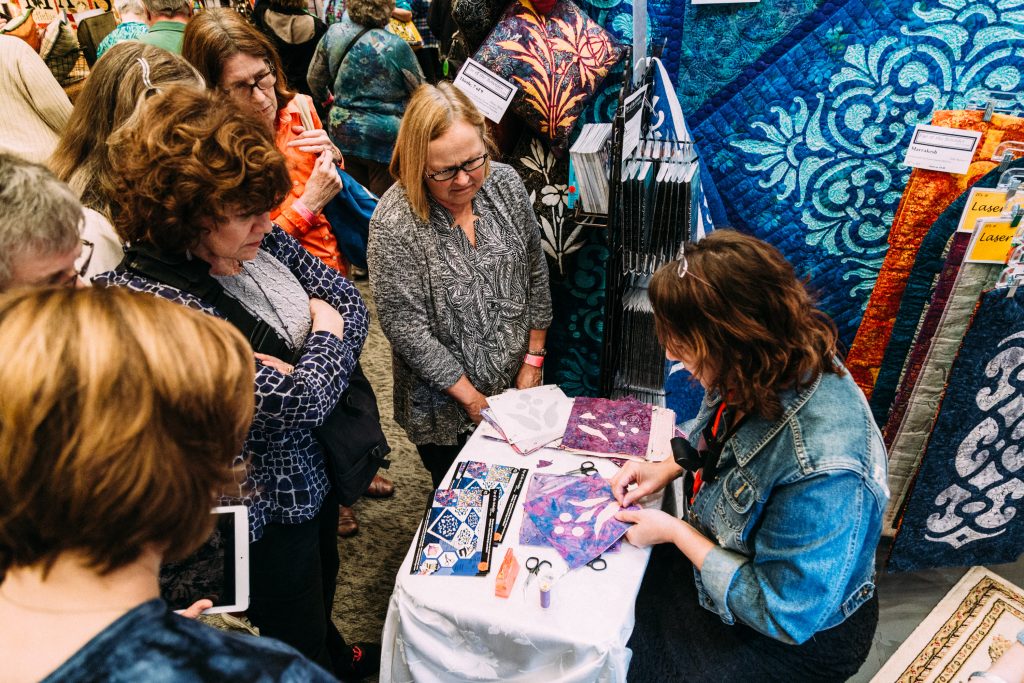 Photo by Brian Roberts Photography[/caption] Road 2016 was Margaret’s first time at the show. She had never really been to Southern California before and was excited to be at Road as she had “heard good things about the show.” She is looking forward to returning to Road 2017. [caption id="attachment_4150" align="aligncenter" width="625"] 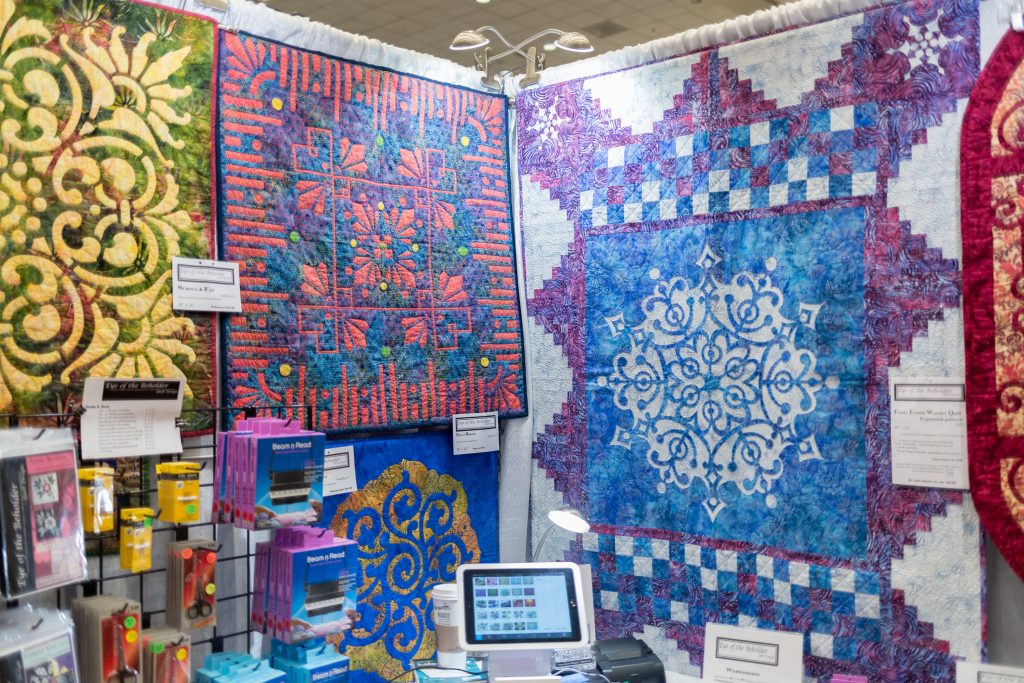 Photo by Brian Roberts Photography[/caption] You can learn more about Eye of the Beholder Quilt Designs on their website.]]>