Mothers and Daughters Who Quilt

Charlotte and Brittany Williams are from Riverside, California. Both quilters, Road 2016 was their first time at the show. They heard about it from their quilt guild, Raincross Quilt Guild in Riverside.  Charlotte’s running partner taught her how to quilt in 2012. Brittany has only been quilting for 6 months. Since starting, she has made 7 quilts; six of them in the two months prior to the show.  She has done a lot of hand work in the past (knitting and crocheting) so quilting was a natural addition. Her favorite pattern so far is a nine patch and disappearing nine patch. 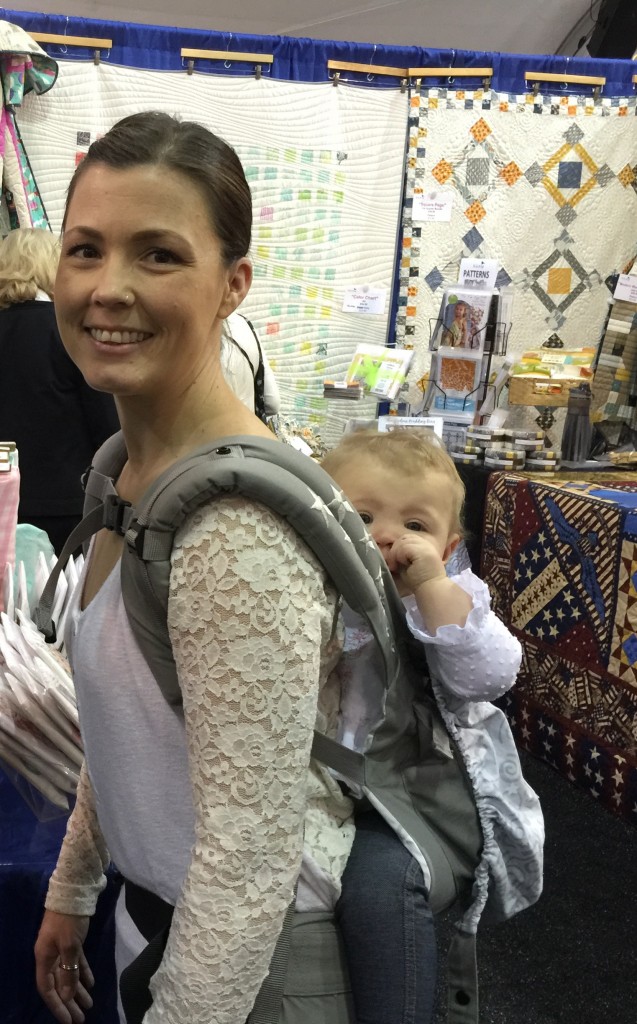 It’s never too early to share your love of quilting with your daughter. Marina Caraway brought her 1 year old daughter, Everleigh, to the show. 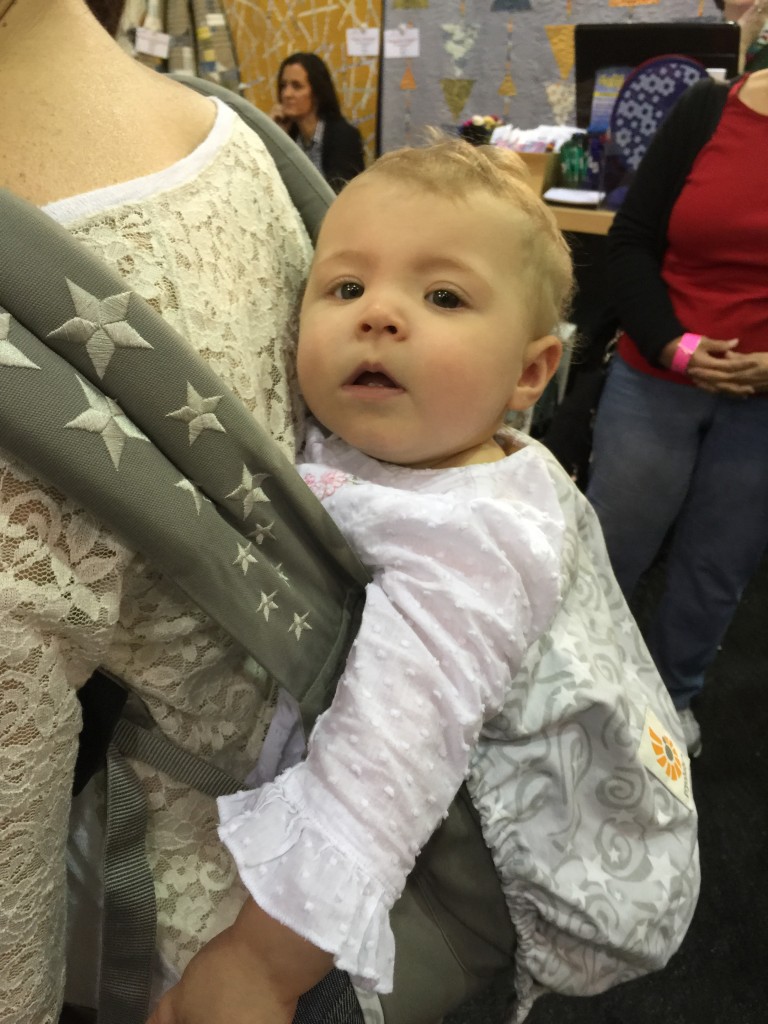 Marina loves to quilt. Road 2016 was her first time at the show. She bought a kit for a block-of-the-month quilt and thought the displays “were beautiful.” She can’t wait to come back next year.

Grandmother Judy Brink, daughter Lori Vandenburg, and granddaughter Allison Vandenburg (9) like to go to their own quilt retreat twice a year in Palm Springs. It is a great time for them to share, swim, and quilt. Alison’s first time at Road was when she was 6 weeks old. She likes sewing pillowcases and taking the scraps from her mother and grandmother’s quilts and making little handbags. Lori’s first quilt was a baby quilt for Allison that Judy helped her make. Judy has been sewing since she was 6 years old. Judy’s mother taught her how to sew and at age 91, she is still participating in her church’s sewing circle.

The first time Valerie Yoshimura and her daughter, Vivian Shay (13) came to Road it was in 2014, two hours before closing on Sunday afternoon. “Whoops!!!” was their reaction. This past year, they knew better and stayed two nights at a local hotel so that they could take their time enjoying the show.  Vivian designs her own clothes and has taught herself how to draw her own patterns. Valerie sews, embroiders, and hopes to be a quilter someday. She liked seeing what people do with their creativity. Remarked Valerie, “Road is not just for quilters. Anyone involved in fabric arts has a place here. It is worth taking a day off for!!” 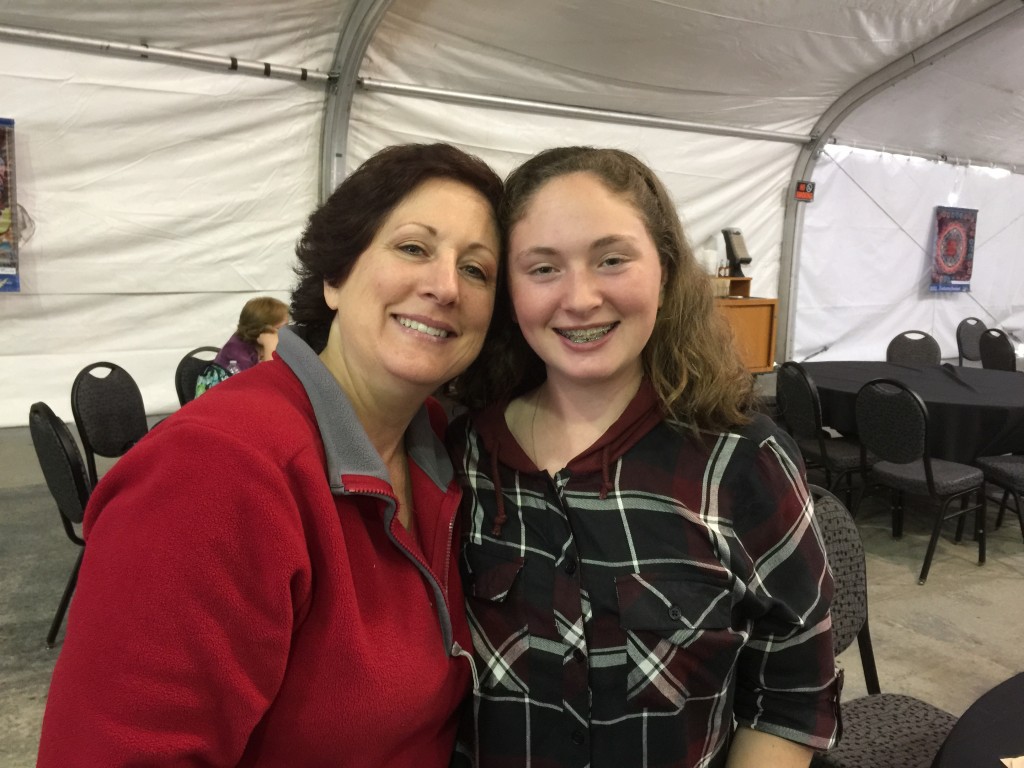 Road 2016 was the third time Angie and Georgia Germain have come to the show. Residents of Escondido, California (near San Diego), Georgia, age 14, said she sees new things every time she comes. She has been sewing since she was 10 with her mom’s encouragement.  She says it is a way for her to use her art skills. Georgia has made one quilt by herself and has helped her mom make others. Quilting is a hobby they enjoy doing together — and going to Road!!  ]]>

This entry was posted on Tuesday, May 3rd, 2016 at 9:27 pm and is filed under Road 2016. You can follow any responses to this entry through the RSS 2.0 feed. You can leave a response, or trackback from your own site.

2 Responses to “Mothers and Daughters Who Quilt”