<![CDATA[&nbsp; <a href="https://www.missouriquiltco.com/" target="_blank" rel="noopener noreferrer">Missouri Star Quilt Company, the quilt destination from Hamilton, Missouri, made its way for the first time to Ontario, California and Road 2016.

Founded in 2008, Missouri Star was started as a way for Jenny and Ron Doan to earn a living after Ron lost a hefty portion of his retirement savings and his job as a mechanic with the Kansas City Star newspaper became vulnerable to layoffs. It was their children – Allan and Sarah – who came up with the idea for a quilt business combining their mother’s love of sewing and her quilting hobby.  The first thing they did was buy a longarm machine and then they purchased a building in Hamilton (a town a little over an hour’s drive from Kansas City with a population of 1,500) to house it and a quilt store.

With a shoestring advertising budget, Missouri Star got very creative with their marketing. Missouri Star began putting video tutorials online starring Jenny. Soon, the tutorials were the most searched for quilt videos on You Tube. Viewers wanted to purchase the same fabrics that were used in the videos so Missouri Star decided to make pre-cut fabrics (which revolutionized the quilting industry) and sell this core product in their online store. Pre-cut fabrics are bundles of fabric, cut in various shapes and sizes, featuring an array of coordinating prints from a designer fabric line. In less than four years, Missouri Star has grown to offer the largest selection of pre-cut fabrics in the world, processing 3,000 – 4,000 fabric orders a day!! [caption id="attachment_3899" align="aligncenter" width="610"] 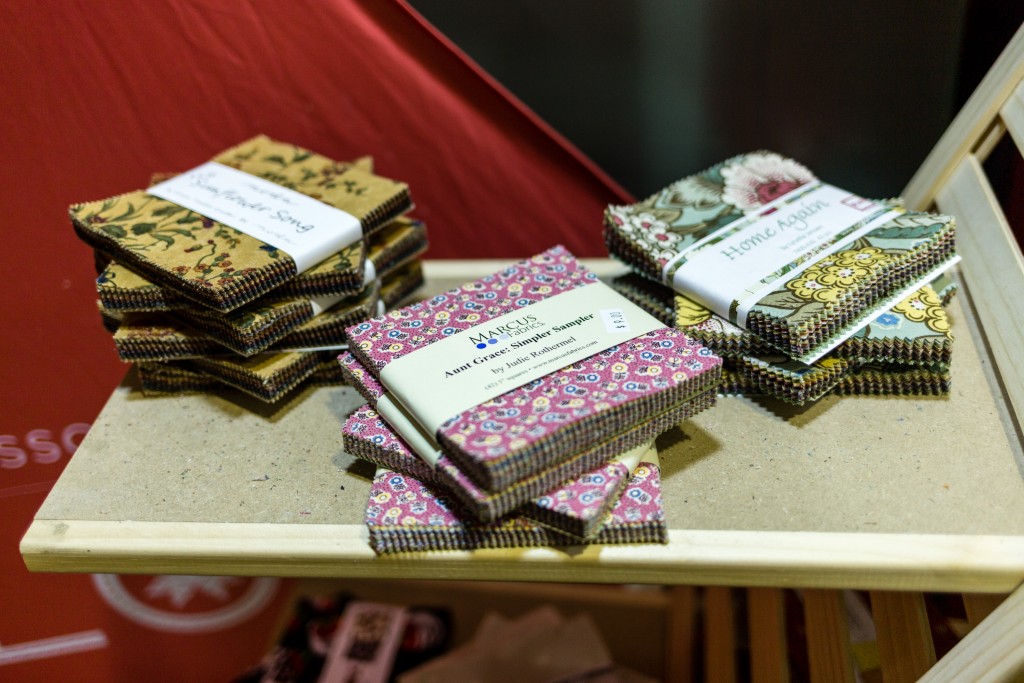 Photo by Brian Roberts Photography[/caption] As Missouri Star’s popularity has grown, so has their interest in the small town of Hamilton. They embarked on a project to restore from top to bottom many of the original buildings which were in pretty bad shape. Today, there are 10 quilt shops, each with their own theme, for fabric and merchandise. For instance, the old JC Penney building was restored and houses all of Missouri Star’s solid fabrics.

There’s even Man’s Land which offers recliner chairs and a big screen television. It’s a great resting spot for those visitors who come to the quilt store town as drivers and/or shopping bag carriers.

Always growing, Missouri Star currently sponsors three YouTube Channels: the original series featuring Jenny Doan which offers a new tutorial every Friday; Man Sewing with Rob Appell which has new shows every Monday; and their newest addition, Crafty Gemini Vanessa Vargas Wilson offering tutorials on the Crafty Gemini Creates channel, every Wednesday. It was a long drive from Hamilton, Missouri to Ontario, California. Missouri Star enjoyed meeting many of their trusted customers and making new friends at their location in the pavilion. [caption id="attachment_3900" align="aligncenter" width="516"] 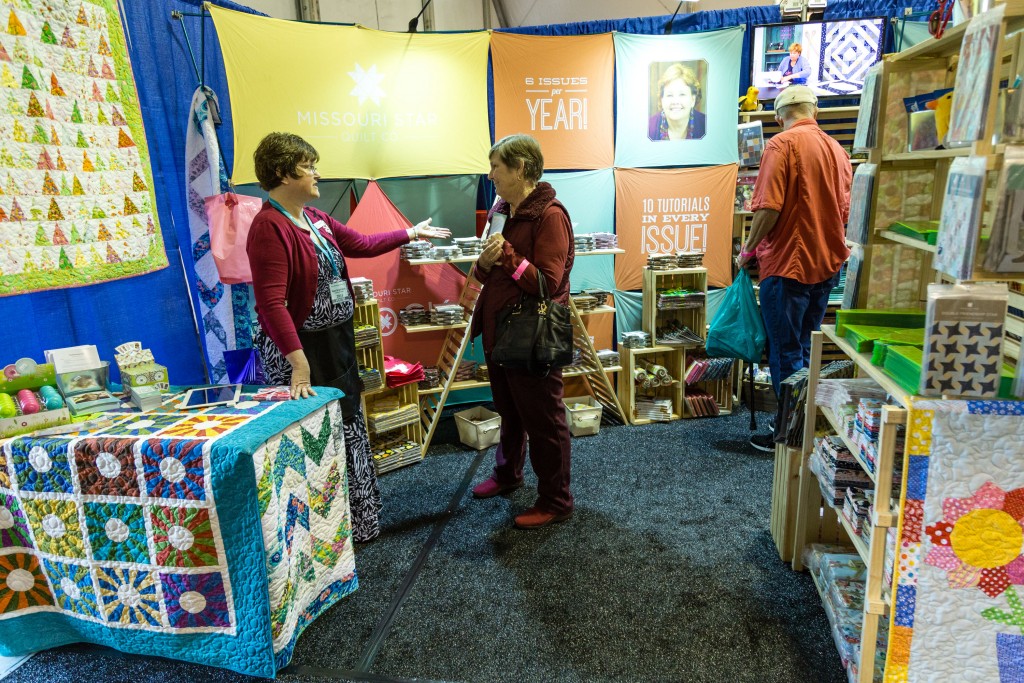 Photo by Brian Roberts Photography[/caption] We look forward to having Missouri Star return with its Midwest charm for Road to California 2017. Want to learn more about Missouri Star? Please visit their web site. ]]>

This entry was posted on Saturday, March 19th, 2016 at 3:17 pm and is filed under Road 2016, Vendors. You can follow any responses to this entry through the RSS 2.0 feed. You can leave a response, or trackback from your own site.